A lie detector tests physiological indices of someone who is being asked specific questions to determine their honesty. The science underlying the use of a lie detector is that when one lies the physiological responses produced are different from those produced when a person is telling the truth.

Cases in Which a Polygraph Can Be Used

There are many cases in which a polygraph can be used to determine if the subject is being dishonest. It can be used in criminal and civil cases where hard evidence is insufficient or unavailable. A lie detector will assist detectives to determine the truthfulness of the witnesses. Many states allow polygraph examiners to testify in civil and criminal cases. Police are always using polygraphs in their investigations across the country.

Lie detectors are used for issues relating to national security. The CIA, FBI, NSA and other bodies in charge of national security use polygraphs to unearth crimes and threats against the nation. 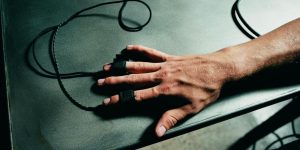 Polygraphs are used in investigating commercial thefts and sexual offenses. Businesses suspecting their employees of fraud can use a lie detector to gauge their employees’ honesty. For sexual offenses, offenders undergo a polygraph test to determine whether they are telling the truth. Sexual offenders also take the test before being considered for parole to determine if they have been rehabilitated so as to avoid instances of re-offending someone else once they get out of prison.

For more information about the various cases that necessitate a lie detector test and how the different tests are carried out, follow the link below http://www.liedetector.uk

For a normal citizen and especially an innocent one, the test can be very stressing and this could lead to the wrong conclusion. According to a recent study, the results from a lie detector are highly depended on the examiner. The examiners employ a certain strategy of asking both relevant and irrelevant questions to determine the honesty of their subjects. The accuracy of a polygraph test is 65% and there is a chance of cheating it. However, defeating an experienced examiner is very difficult.

There are several factors that can influence the results of a lie detector and a professional examiner knows that he should keep an eye on them. These include guilt, drugs and medication, mental illness and the test environment. A test carried out by an unprofessional examiner is also likely to produce inaccurate results.

The Cost of A Polygraph Test

There are no fixed prices on lie detector tests because cases are usually different. The cost of any single test is therefore influenced by a number of factors. Some cases are simple and are normally completed fast while others are complex and require more preparations or a special approach. The location of the test will also influence its cost because the test should be conducted in a place that is emotionally neutral for the subject. The qualifications of the examiners are another factor that affects how much is charged for a test. Companies that hire professional examiners obviously charge more than those that hire amateurs.

A lie detector is accurate to some extent but the evidence produced from it is not admissible in criminal courts in most states. However, its usage is allowed in some tribunal and civil cases. The device has failed to detect guilty people several times as well as found innocent people guilty. Authorities, however, have always found various uses for the evidence from a polygraph test.